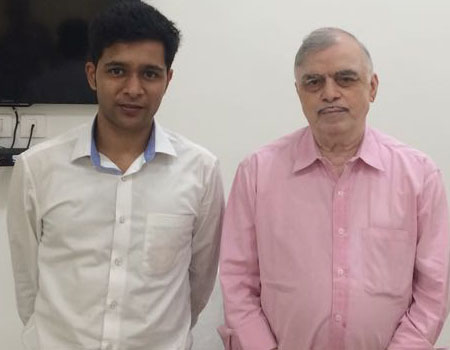 I got a chance to meet the former Chief Justice and present Governor of Kerala. He read my concept note and believe it was his way of testifying that whatever I had written, being a sportsman, was I also following it? Did my personality have the 16 qualities which I had described in depth in my research work? Statements like, you’ve made sportsmen a role model but they all hanker after money. They are all greedy. How do you react to that? My reply was: Sir, sportsmen are a role model not only for me but for almost everyone in our country and forget about India, they are a Role Model for everyone in this world. You or me criticizing them doesn’t offend their credibility. But yes, I do believe that, they are not giving to the society what they really should. They have much more in them than what they really know or do or share with this world.

So statements like these were put forth to test my patience but did not budge. To this he said, I’ve put you through a rigorous session but you’re as stable as the Qutab Minar. To this I replied, this is just one of the 16 qualities which I’ve mentioned in my book sir. This is just a part of the sportsman spirit