Sports Literacy Van (SLV) is yet another unique idea of Dr. Kanishka Pandey for promoting sports culture in country. In this, a van designed by Sports: A Way of Life will be covering all the state capitals of the country for creating awareness and positivity about sports. The van will also cover all the districts which will fall in the route and at least one village associated with that district.

The SLV has been evolved with the following objectives:

The van will be flagged off in Delhi NCR in presence of various Arjuna, Khel Ratna and Dronacharya Awardees. First route will be from Delhi to Lucknow.

While moving from Delhi to Lucknow, the van will cover the districts of Ghaziabad, Hapur, Amroha, Moradabad, Rampur, Bareily, Shahjahanpur, Sitapur and Lucknow.

Microscopic plan is as follows:

The above-mentioned process will be repeated over and over in every district that the van covers.

The following demands will be asked for in the memorandum:

3.       Naming at least one road after former sports person from the district.

4.       Displaying at least one statue of sports person in the city.

6.       Ensuring that sports related books are present in schools.

7.       Proper monitoring and use of sports goods distributed in the schools

8.       Ensuring that sports goods are being used properly.

12.     Developing at least one Model Sport Village in every district.

13.     Maintaining a record of all national level sports person from the district and according them a distinguished personality status.

14.     Establishing a Benevolent Sports Fund in every district for helping former and current sports persons.

On reaching the state capitals, apart from demands already mentioned, one more demand will be that similar vans should be started by the state for promoting sports culture.

The Van will include a driver, a technician and a Sawol Coordinator.

Regular coordination will be done from the Sports: A Way of Life Headquarters in Ghaziabad. 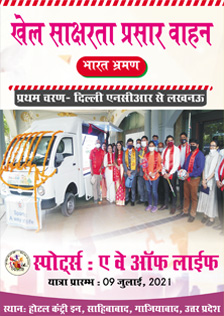 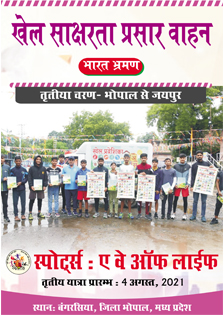 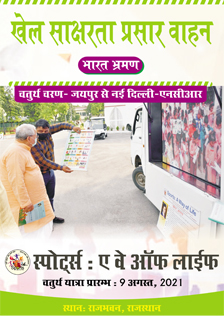 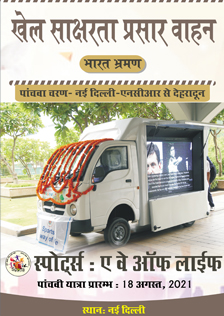