Delhi sports university bill passed by Delhi legislative assembly recently is indeed a step taken in right direction to the extent that it shows that rightful importance is being finally to sports. however, the idea of a full –fleged sports university for producing Olympians seems more of politically motivated ,myopic in vision and way off the mark’s fair assessment of this initiative will clear the air on this hasty decision which seems more of countering the influence that the central government has been making on sporting fraternity in recent times.

DO WE REALLY NEED A SPORTS UNIVERSITY?

One fails to understand why and from where this idea full-fledged sports university flung to the Delhi legislative assembly and why so much alacrity was shown in passing this bill without doing a diligent exercise on available means of sports infrastructure .even an infantile exercise would have pointed out that we haven’t yet explored and exhausted the existing infrastructure that is already in place in Delhi. The huge amount of resources –land, money, infrastructures, is being diverted to set up a brand new university that seems more like an exercise intended to siphon off public money masquerading as sports crusader. 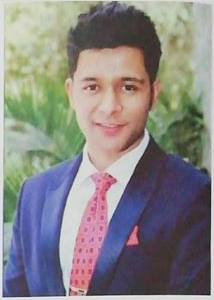 Since the proposed sports university is being set up in Delhi, so a peek into Delhi University or even colleges managed and funded by Delhi University could set the pigeon free Delhi. University has around 85 colleges affiliated to it where sports infrastructure is already in place. Why these colleges can’t be used to develop world class sports facilities. For example, with only a small fraction of investment that will be needed for setting up Sports University could make one of the colleges already existing squash courts, world class. Even SRCCs wonderful football field could be made world class. It seems, money saving and time saving exercise was deliberately being ignored to score brownie points.

Sports and academics should not be separated

There is a concerted effort to create a new words narrative where this author has serious deliberate attempt to separate sports and academics as it will have a serious fall out of dividing the society and creating a schism between sports persons and others who are into academics .do we have math’s university or history universities? This goes against the basic ethos of sports which has always been a binding force and works as glue for the society which is multiethnic in Indian context this also mars the true concept of the word university – which contains the word’ Universe’- i.e. whole or entire. Our ancient gurukul system of education truly followed this concept and laid equal emphasis on Shastra (archery, horse riding etc). And shastragyan. Exfoliating education system in ancient India , universities like nalanda, takshila ,vikranshila , one can glean the knowledge of shastras ,Vedas,smrtis,philosophy were imparted assiduously along with that of Archery,wrestling,horse riding. This sports and education were entwined and sports were never treated in isolation. Our great kings, thinkers, warriors and sportsmen were all by product of a part of such system of education. even in modern day, semblance of this type of education system where sports were treated an integral part of education system is well reflected in world top universities which have far better medal tallies to their coffer than any sports university of the world .Harvard apart from being world number one in the field of law, management etc. is also known as the factory of rowers. Since 1918, almost every year, at least one Harvard student has represented United States in rowing. Looks at the medal tallies of some of the top universities of world in Olympic Events University of southern California stand at the top with 288 Olympic medals, Stanford with 280, Harvard University 108, and none of these is a sports university. So little reorientation can change the very perception of our universities too provided our policy makers give a serious thought to such exercise. It will have a promising potential to change the dimension of sports across the length and breadth of this country.

One can attribute missing sporting culture as the primary reason for Indian’s dismal performance .Mr. .kejriwal sounds more of euphoric ‘we would win more medals than china in Olympics’’. India with sports. Literacy of merely 5.56% has to complete with sports literate nations like United States where physical or sports literacy in 2015 was around 19% or china were more than 5 crore people play badminton alone? Strengthening the sports infrastructure at grass roots such as government schools would ‘ve been far more productive than opening a sports university.

Bridge the gap between rich sport and poor sport

There’s a marked divide between the rich sport and poor sport in our country .sports like- billiards snooker , golf etics for the rich whereas athletics ,hockey etc . is generally considered for the poor. There are popular sports like cricket which has caught the imagination of every child .starting a new course for different sports will only further this divide. The rich sports will keep getting poorer. Therefore, time calls for one single bachelor in sports to be provided by our existing universities. This will ensure that sports graduates are on same pedestal- there will be no difference between a hockey player and cricket player pr between a 100 m sprinter and a golf player. It has taken us 60 years of dedicated hard work to increase our literacy from 18.33% in 1951 to 74.04% in 2011. Number of school, colleges were opened, campaign were launched in mission mode to achieve this feat . Similar efforts will be needed to take sports to the pinnacle.

Parents must inculcate an interest in sports in children and schools must ask about their effort during admission interviews to develop the "Khelo India" spirit in kids, academicians and sports researchers said.

Prime Minister Narendra Modi had launched a 'Khelo India' mobile application in January this year in a bid to create awareness about sports and fitness in the country.

At the time of admission, parents must be asked in which sport have they developed the interest of their child, said Kanishka Pandey, head of Sports Research Centre at Institute of Management Technology (IMT), Ghaziabad.


The Right to Sports is an idea that gained traction in 2018 when the Supreme Court asked the centre to act on a Public Interest Litigation issued by a law student named Kanishka Pandey, which aimed to make sports a fundamental right under Article 21A. While a concrete result is yet to come out of the PIL, the idea has been well-received, seeing as it would make sports a vital tenet of the Right to Education.

Just 5% of India sports literate: Researcher who filed PIL in SC for sports as fundamental right

Disclaimer :- This story has not been edited by Outlook staff and is auto-generated from news agency feeds. Source: PTI

Just 5% of India sports literate: Researcher who filed PIL in SC for sports as fundamental right