sports way of life event: These two villages of ''bahadurpur and khedi viran ''is about 09 K.M from muzaffarnagar city ,has been selected as ''THE COUNTRY'S FIRST MODEL SPORTS VILLAGE'' which change the face of sports in India.

Welcome to
Sports: A way of life 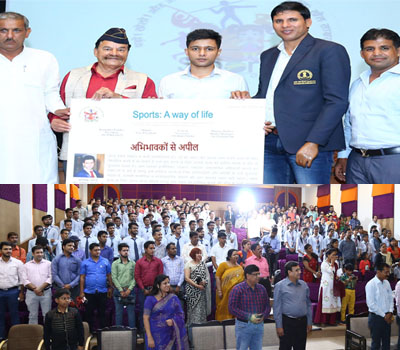 An Appeal to Parents

Today is a time of intense competition. Whatever goals and ambitions you set in for your child or whatsoever you dream for your kid, he or she has to face intense competition and struggle to achieve the goals. You instil a sense in your child to pursue such ambition so that he/she can become an engineer, lawyer, doctor or a civil servant, but you remain ignorant to the difficulties he or she may to subjected to in course of pursuing it or to say it simply you tend to pay least attention in preparing him to face such difficult situation with grace and courage.

Always dream big for your child as without such dreams you won’t achieve big. Don’t you feel when setting big goals and trying your wards to scale great heights, you also need to make sure that he/she doesn’t falter, break down or give up? Don’t you feel, it’s your responsibility to make sure that your child is prepared to face and overcome the tough competition that lies ahead of him? Today, we have numerous instances, where the children fail to cope up with the pressures of intense competition, fall under the bout of depression and often develop suicidal tendencies. Do you want your child to have a weak personality? Do you want your child to be someone who lacks conviction and courage to face challenges? One who breaks down under pressure? Is indecisive? Gets depressed in case of failures? Or becomes mentally unstable?

If you wish your child to face struggle of life with a positive mindset, if you want his  as well as  your dreams to come true, then it’s your responsibility that you sow the seed of strong character and personality in him from early stages of his/her life. Sports may be an effective tool for this.

It has been established through various researches that sports play a vital role in overall personality development of an individual. If you are a sportsman, you’ll be brim full of these 16 qualities:

Your children who will have these qualities will be strong enough and capable enough to make all your dreams come true. Also, they will have personality which will never let them down and falter in tricky or negative situations. He will have both Mental and Physical strength to overcome all the challenges, which life throws at him.

Let us pledge today that we will motivate and encourage our children to play. We will not only dream big but we will make our children strong enough to attain those dreams. The kind of excitement we show to acquaint our children with the knowledge of alphabets or numerals, we will show the same level of excitement to teach them about sports.

This appeal is being made on the Teachers Day as the parents are considered to be the First Teacher of every student.

1. The increasing number of suicide cases in Kota among students who come here from different parts country to take coaching for various competitive exams, is a matter of serious concern.  As per the police records in the state of Rajasthan, there was not even a single case of committing suicide or attempted suicide by sportsman in Rajasthan. Thus it is clear that those who are associated with sports neither committed suicide nor attempted suicide.

2. The conclusion drawn after an analysis of survey conducted on patients visiting Psychiatric Department in hospitals of Jaipur in Rajasthan and Ghaziabad in Uttar Pradesh clearly revealed that  90 percent of those who were depression patients, were in no way either actively or in any form, were associated with sports. Only 10 percent of such patients were reported to be some time associated with some sports.

3. When the issue of recovery of depressio 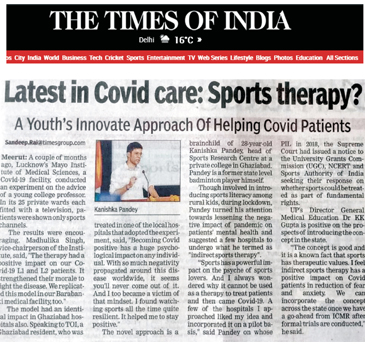 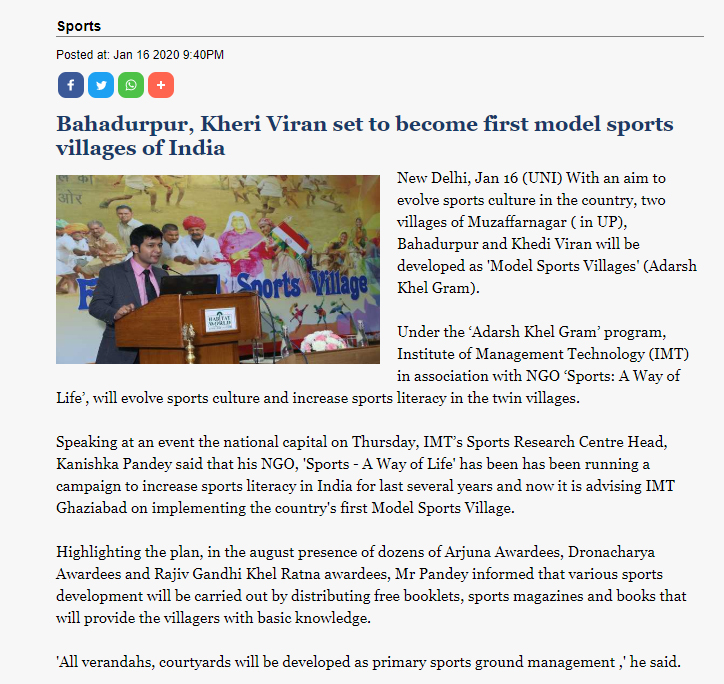 An independent academic research for 3 years on sports to gauge its implication on physical and mental fitness of an individual and how it helps in building the character. It identifies 16 values that are earned in a playground and which can help an individual in overcoming the most traumatic and difficult situations.

New Delhi: A former badminton player, who penned a book on sports culture in India, has written to the Human Resource Development Minister Prakash Javadekar offering to formulate a sports curriculum in educational institutions.

Kanishka Pandey, whose father Dr. Ajai Shanker Pandey is a senior IAS officer of UP cadre and currently on deputation as officer on special duty with the governor of Rajasthan, is the author of the book 'Sports: A Way of Life'.